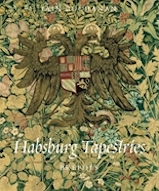 The author is a specialist in Northern Renaissance art who has published widely on the patronage and collecting of renaissance painting and tapestries.