Accueil / Actualités / Parutions / The Art and Culture of Scandinavian Central (...) 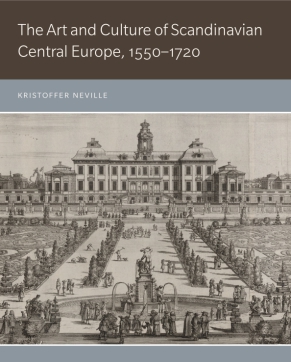 The Art and Culture of Scandinavian Central Europe, 1550-1720

Politically and militarily powerful, early modern Scandinavia played an essential role in the development of Central European culture from the sixteenth to the eighteenth century. In this volume, Kristoffer Neville shows how the cultural ambitions of Denmark and Sweden were inextricably bound to those of other Central European kingdoms. Tracing the visual culture of the Danish and Swedish courts from the Reformation to their eventual decline in the eighteenth century, Neville explains how and why they developed into important artistic centers. He examines major projects by figures largely unknown outside of Northern Europe alongside other, more canonical artists—including Cornelis Floris, Adriaen de Vries, and Johann Bernhard Fischer von Erlach—to propose a more coherent view of this part of Europe, one that rightly includes Scandinavia as a vital component.

The seventeenth century has long seemed a bleak moment in Central European culture. Neville’s authoritative and unprecedented study does much to change this perception, showing that the arts did not die in the Reformation and Thirty Years’ War but rather flourished in the Baltic region.

Kristoffer Neville is Associate Professor of Art History at the University of California, Riverside. He is the author of Nicodemus Tessin the Elder : Architecture in Sweden in the Age of Greatness and coeditor of Queen Hedwig Eleonora and the Arts : Court Culture in Seventeenth-Century Northern Europe.